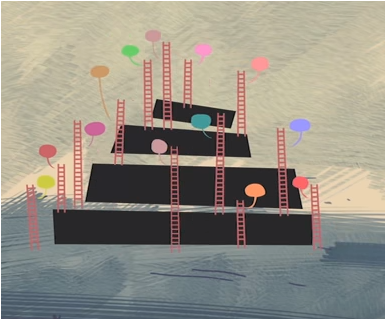 The other day I read an article about a language called Ayapaneco. Wikipedia states that there are approximately 15 speakers whose ages range from 67 to 90. What caught my attention about the language, however, was not its rarity, but the story surrounding it. In 2010 a story started circulating stating that the last two speakers of the Ayapaneco language were enemies and no longer talked to each other. So I wondered, “How does a language get reduced to just 2 speakers? Don’t they have a family, children or a community?” And while thankfully, the story was incorrect, the truth was no better as the language truly was, and is, on the brink of extinction. This got me thinking about this topic. So what are some of the interesting facts about language?

Language has come a really long way. Each language cementing itself in time and in history. Engrained in the everyday lives of those who rely on it for both expression and purpose. As millions of people interconnect in the global village called planet earth. As they cross borders (whether national or through commerce, via technology or missionary outreach) their biggest desire remains simple, to be understood. For this and other reasons, ITC exists. We bridge the gap between people allowing them, their projects/products and objectives to be understood.