Not hiring a translator may cost you

It may be tempting to save some money when translating documents, applications, or meeting minutes. But asking a relative or friend to take the place of a certified translator can be a costly mistake. In some cases, official documents or applications require certified translators, failing to use one will cost time and money. In other cases, an improper translation can lead to a business losing a client or failing to gain new ones.

Court cases are sometimes stalled or rescheduled due to a lack of a certified translator. And translated information that comes from a health provider needs to be accurate to fully understand and comprehend the situation.

Let’s take a look at some real-world examples of when poor translation had unfortunate consequences. 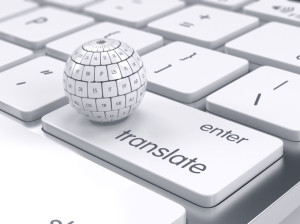 HBSC bank’s marketing slogan was “Assume Nothing”. What HBSC did not realize is that in many languages this slogan translates to “Do Nothing”, not a particularly inspiring message from a bank. The poorly translated slogan ended up costing the bank 10 million dollars to rebrand and make up for the mistake.

Korean fans were not happy with the subtitle translation of Avengers: End Game. For example, the line “end game,” a significant part of the movie, ended up being translated as “there’s no hope.” Turns out 4,000 fans were angry enough to sign a petition to get the translator fired.

The best way to avoid these costly mistakes is to hire a certified translator where it counts. Not all translators are equally skilled. Do your due diligence to make sure the translator you pick knows what they’re doing.

International Translating Services provides a variety of services with adept translators in more than 230 languages. We take great pride in our quality assurance process. Contact us if you would like to learn more about our services or if you need a skilled translator.