Not hiring a translator can cost you: part 2

In our first blog of translation errors, we outlined both hilarious misinterpretations and more serious mistranslations that negatively affected people’s health and finances. These stories emphasize why it’s critical to get an adept translator, especially when dealing with serious matters like healthcare, business, or legal issues. Just in case these stories didn’t fully communicate the point, let’s take a look at some more real-world examples of when translation goes wrong. 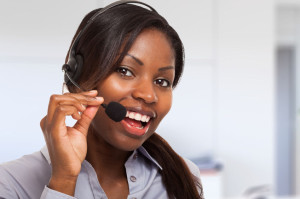 In 1980, a very unfortunate translation error left both a hospital and 18-year-old, Willie Ramirez, on the losing side of a medical situation. Willie Ramirez and his family only spoke Spanish so a bilingual staff member of the hospital was used to translate. During this translation, the word ‘intoxicado’ was interpreted as ‘intoxicated’. The mistake made here is that among Cubans, the word ‘intoxicado’ means sick from eating or drinking. When it was interpreted as ‘intoxicated’ the doctors began to treat for a drug overdose. It turns out Ramirez was suffering from a brain bleed. The improper treatment ended up leaving Ramirez as a quadriplegic. It was determined that if the doctors would have called in a neurosurgeon instead of beginning treatment for overdose, Ramirez would have probably been fine fine. He ended up receiving $71,000,00 in a malpractice lawsuit.

A few years back, Pepsi launched a new advertising campaign in China using a slogan that was already popular worldwide. The inspiring slogan was “Come alive with the Pepsi generation.” In Chinese, this ended up roughly translating to “Pepsi brings your relatives back from the dead.” As you can imagine, not everyone was thrilled with this slogan.

If you’re from America you’re probably familiar with KFC’s slogan “Finger-lickin’ good.” Once again in Chinese, this had an unfortunate translation to “We’ll eat your fingers off.” It’s hard to say which of these blunders is more terrifying.

Having the wrong kidney removed

Francisco Torres had a diseased kidney that needed removal. In 2010, he visited a medical center in California to have the operation performed. Since there was no translator present, and all the documentation was in English, Torres went ahead and signed the consent papers and went into surgery. Turns out the papers indicated the wrong kidney. By the time the doctors figured out their mistake they had removed the wrong one and had to remove the other, leaving Torres with no kidneys. The health department ended up citing the hospital.

When dealing with situations where the perfect translation is crucial, you should hire an adept translator. Contact International Translating Company if you would like to get in touch with one of our experts. We offer native translations in more than 230 languages.