Why language differs by region

The majority of us have encountered someone from a different country who speaks the same language. If this conversation went on long enough, it’s likely they said something that seemed odd or that made no sense whatsoever. It turns out these idiosyncrasies happen all over the world between many countries that speak the same or similar languages.

If learning a new language wasn’t hard enough already, it turns out that there are different rules and versions you may need to learn based on location. It’s important to hire translators who are experts in the region they are translating for. To examine every little distinct difference between languages in different countries would require a very lengthy study done by a linguist. Let’s take a look at some real-world examples of how languages vary by location. 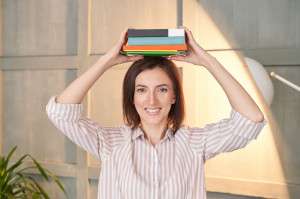 Spanish in Mexico vs. Spain

When Spain led an expedition into what is now Mexico there were already some changes happening regionally to the Spanish language. This is part of the reason there are modern-day differences between the two countries. Another is due to the fact that in Mexico people use words of the Nahuatl origin. A simple example is the word for computer. In Spain, it is “Ordenador” and in Mexico, it is “Computadora”. To make it even more confusing, it’s not only words that differ. Sentence structure and tenses are also not always the same.

French in Canada vs. France

When France ceded Canada to England, it cut off the inhabitants from native French speakers, but they continued to speak French. This caused the language in Canada to not evolve in the same ways as it did in France. Furthermore, Canadian French speakers started to incorporate more English-based words into their language. The two versions of the language have such different pronunciation and grammar that it almost sounds like two languages at times.

So yes, language is confusing and intricate, even in the states, Have you ever had a hard time understanding someone with a southern accent vs a New York accent?

Hiring a translator is always a safe bet. Even within the same language, the same word can mean wildly different things depending on where you are in the world. Be sure to hire translators who are not only experts in the language but are also very familiar with the region where the communication is occurring. Contact us if you have any questions about our adept, regional translation services.