3 of the most difficult languages to learn

As an English-speaking native, learning a new language is daunting, especially if you’ve never tried it before. If you’re trying to learn a language outside of Spanish, French, or German, the process can be even more challenging. 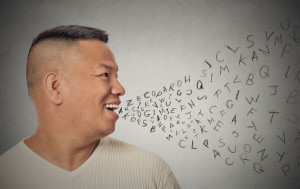 When you’re learning a new language, it’s normal to feel lost. No matter what it is you’re trying to speak, there are variations in dialect, tone, and pronunciation. Even so, with the right perseverance and dedication, you’ll hit your milestones promptly.

Let’s explore and discuss the three most difficult languages to learn:

On average, an individual learning Spanish or French reaches level 2 in 15 weeks, while the same level in Mandarin Chinese can take up to 50 weeks. The extra time is due to complex variations in characters, systems, and homophones.

Although a small percentage of people in the world speak Icelandic (primarily the people of Iceland), it’s considered challenging to learn. The language has not changed much since the ninth and tenth centuries when Iceland was settled, but new meanings are constantly being added to old words.

Learning Icelandic comes with a variety of challenges. While you’re learning, you’ll notice old-fashioned vocabulary, complex grammar, and words that are very long. Unfortunately, only 330,000 people speak this language natively and that number is slowly diminishing.

Wrapping up our list is Arabic. This complicated language that’s spoken primarily in the Middle East is difficult for English speakers due to the number of variations. For example, the Arabic word for “you” is different from the Egyptian word for “you” even though they’re both technically the same language.

Arabic has 28 script letters that make sense to English speakers, but most people don’t understand the lack of vowels. Not to mention you have to completely change your reading habits to make sure a sentence makes sense. That’s because you read Arabic from right to left instead of left to right. To make things even more difficult, verbs come before the subject. There’s a lot to juggle!

At International Translating Company, we understand that learning a new language is difficult. It’s OK to ask for help, especially if you’re not a native speaker. Visit our website to learn more about our robust translating services in over 230 languages!