The 5 most popular languages in the business world

Although there are roughly 6,500 languages spoken in the world today, only a handful of those are popular in the business world. As you scale your business, it’s necessary to understand how information is communicated worldwide, and what you can do to make your business more diverse. 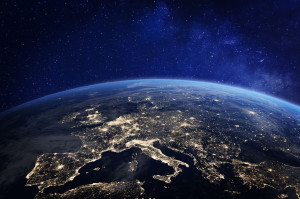 Before we address the most popular languages in the world, it’s important for you to be aware of a strong translating company that can help scale your business. At International Translating Company, we offer translating services in 650+ languages.

Not only do we translate in many languages, but we also offer a variety of services, including video interpreting, subtitling, on-site interpretation, voice-over services, and more.

Let’s take a closer look at the 5 most popular languages in the business world:

English is the number one language for businesses and will continue to be for a long time. Regions of economic prosperity like the United States, England, Australia, and parts of India are dominant in this language. Since most of our readers already know English, let’s look at how we can expand.

Spanish is one of the most widely known languages with over 425 million speakers worldwide. If you’re already an English speaker, this is a popular second language to learn because it’s a phonetic language, meaning words are pronounced the way they are spelled.

This language is growing rapidly. More than 1.2 billion people worldwide speak this dialect. It could even be one of the most widely used internet languages soon if China continues to expand its economic impact. China has gone through a major economic shift due to international trade and innovations in science and technology.

Rounding out our list is Russian with more than 258 million speakers worldwide. Plus, did you know Moscow has one of the highest billionaire populations of any city in the world? Russia is a desirable place to do business due to its abundance of natural gas, precious metals, oil, and coal. Russian is much more difficult for native English speakers to learn due to its complex alphabet. Keep this in mind as you’re making smart business decisions.

Although these languages are some of the most popular, there are other languages that are valuable to your business including Japanese, Frech, German, and more. If you need assistance translating your business materials, reach out at any time!