6 interesting idioms and what they mean

Idioms are some of the most interesting combinations of words you can encounter. To an outsider, they sound like complete nonsense, and sometimes this assumption is true. They also make tasks like translating or learning a new language more difficult.

To properly translate an idiom, you need intimate knowledge of the culture, customs, and language. Let’s take a closer look at some common idioms from around the world and their English counterparts. 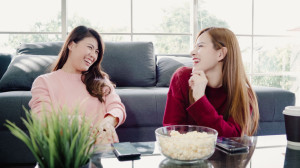 In bocca al lupo means “in the mouth of the wolf.” It’s what you say to someone to wish them luck before performing on stage. To which they will often reply, “may the wolf die,” or “crepi il lupo.” In America, we say “break a leg.”

Nella botte piccola, c’e il vino buono means “in the small cask/barrel, there is good wine.” A similar American idiom is “the best things come in small packages.” Basically, this saying means that size is not necessarily correlated with the value of something.

This means to be a nocturnal bird, or in other words, someone who thrives in the late hours of the day. Some idioms translate well to English, and this is one of them. The American equivalent is “being a night owl.”

This means to sleep with a loose leg. Guessing the meaning is fairly difficult without context, but in Spanish it means to sleep deeply. In America, we say “slept like a log.”

This means the morning hour has gold in its mouth. In other words, good things will come to people who get to stuff early. The American equivalent is “the early bird gets the worm.”

This means stop talking around the hot mash. In America, they would say “stop beating around the bush.” Basically, this means to stop being ambiguous and get to the point of what you are saying.

Idioms vary from country to country and language to language. To make things even more confusing, an idiom within the same language might make sense in one area and not another. They’re basically like inside jokes for entire countries. It’s easy to see why people from different places can get hung up on idioms. When hiring translators make sure they’re familiar with the local culture of each language.