Which countries speak the most languages?

Depending on where you are from, people who speak more than one language may be rare, but bilingual people are actually pretty common. In fact, it’s thought that more than half of the people in the world can speak a second language. The reasons why a person learns a second language vary. It may be for business or possibly due to moving to a new region. 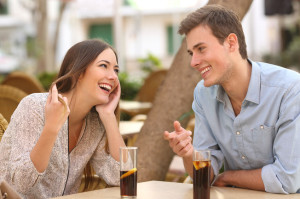 To kick off this list, we will start with the most multilingual country on the planet, Papua New Guinea. It’s shocking that Papua New Guinea is the most linguistically diverse country since it only has a population count of about 7.5 million, but there are around 850 languages used among the population. The most commonly spoken language is Tok Pisin, a language that incorporates elements of indigenous language, German and English.

A likely reason the country is so linguistically diverse is due to isolation. Many small groups of people who have never been introduced to other populations use their own unique languages. A lot of the languages spoken in Papua New Guinea are in danger of going extinct due to the small number of native speakers.

Coming in second is Indonesia, with 725 languages. This is a little less surprising due to the fact it has a population of about 275 million, but it is still interesting since it has more than double the number of languages some countries of similar size speak. The plethora of languages is likely because of isolation, as well. Indonesia has 17,508 islands, many of which are home to their own indigenous populations. It’s easy to see how different languages could form with a separated geographic layout.

Nigeria has a population of about 200 million people, and it’s estimated that the population speaks around 500 different languages. Some of these languages have existed for more than 4,000 years. The official language of Nigeria is English.

At International Translating Company, we have translators for over 230 languages. Contact us for your translating needs.