When people think of the most commonly spoken languages in the world, languages like Chinese, Hindi, English, Spanish, French and Italian may instantly come to mind. Many don’t realize that Portuguese is right up near the top of the list as the sixth-most-popular language in the world and is, in fact, one of the fastest-growing languages. Due to its rise in popularity and ever-increasing importance in the international business world, we thought it would be fun to share some interesting facts about the Portuguese language. 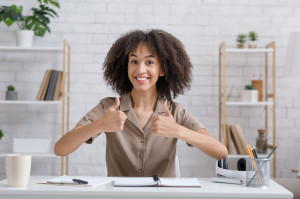 There are an Estimated 232 Million Native Speakers

Portugal found and began to colonize Brazil during the 17th and 18th centuries. By the mid-18th century, the majority of Brazil’s population was speaking Portuguese. Since then, the ocean divide has caused the languages to diverge quite a bit, and you will find very different versions of Portuguese in each region.

It is One of the Fastest-Growing Languages

By some estimates, Portuguese is currently the second-fastest-growing language in the world. One reason is the higher level of international economic trade Brazil has been engaging in over the years. Portuguese has a lot of potential growth in South Africa, where it is estimated that the regions that speak Portuguese in South Africa will have a population of 83 million by 2050.

New Letters Were Added in the 2000s

It’s very uncommon for languages that have existed for hundreds of years to add letters. In English, for example, the most recent letter added was J, in 1524. In 2009, the letters k, y and w were added to the Portuguese alphabet. The necessity for these letters comes from the increasing number of English loanwords.

There Are 6 Portuguese Verb Tenses

These tenses are difficult to learn but give you very distinct ways to talk about the past, present and future with detailed nuance. The six tenses are present, past, imperfect, pluperfect, conditional and future.

There is a lot of motivation to learn Portuguese due to its rising popularity. Some experts forecast that it is one of the best international languages to learn for future international business. If you want assistance with translating Portuguese or need language training services, contact International Translating Company.