Growing up in America, you and your friends may have had some fun learning how to speak Pig Latin, or if you grew up in Spain, you may have learned Jeringonza. In fact, many countries have these unique, fun language games for kids. These games are demonstrations of constructed languages.

Most languages come about naturally through processes such as community communication, immigration and isolation. Constructed languages, on the other hand, are intentionally invented for specific purposes. Some may come about for business dealings, and others are developed for stories. These languages can be complex and come with their own sets of grammar rules. Let’s take a look at some constructed languages and how they came to be. 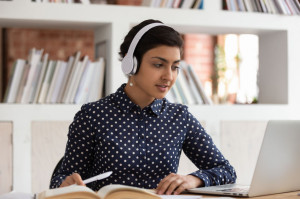 Topping this list is the most commonly used constructed language, Esperanto. Created by L. L. Zamenhof in 1887, the goal of Esperanto was to have a language that was easy to learn for international communication. Somewhere around 100,000 people have learned it as a second language, and about 1,000 people use it as their native language. One of its advantages is that it’s very easy to learn.

Invented by Canadian linguist Sonja Lang with the goal of minimalism, Toki Pona is extremely easy to learn and has little vocabulary — only 120 words to be exact. Lang created the language as a way to organize thoughts and emotions. It’s estimated that a few hundred people have experimented with the language and that 100 may even speak it fluently. Toki Pona has a sign language to accompany it.

Fans of fantasy novels may be familiar with these two. Quenya and Sindarin are Elvish Languages invented by J. R. R. Tolkien. Even though these languages exist in Lord of the Rings, Tolkien said that the languages were developed independently of the series. There is no estimate of how many people have attempted to learn these languages. Also, they may not have enough substance to be used as native languages, but social media and websites show that some people definitely try to learn them.