The 5 most translated books worldwide

Translation is difficult due to factors such as culture and idioms. It takes time and adept skills to master translation and to fully convey the meaning of the message, but oftentimes messages have great meanings no matter the language. Many books, for example, have deep meanings and great stories that hold value for people all around the earth. Classic children’s books, fantasy novels and religious books are some of the most translated genres of books in the world. The Bible is the world’s most translated book with an estimated 3,000 translations. Let’s take a look at some of the most translated books. 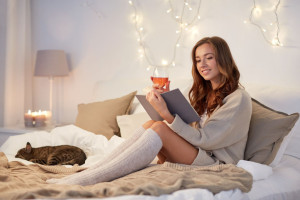 “The Little Prince” was written by Antoine de Saint-Exupéry and was published by Reynal & Hitchcock in 1943. Originally, the book was available in both English and French. It’s a story of a grown-up meeting their inner child and traveling to planets where great learning takes place. According to “The Little Prince” website, it has been officially translated into 300 languages.

‘The Adventures of Pinocchio’

This is the first book on this list originally written in English. English novelist Lewis Carroll wrote this book in 1865. The book is an example of literary nonsense, a genre of literature that mixes things that make sense with things that do not. The book is whimsical and abstract, leaving it open for interpretation of its true meaning. It’s thought that there are about 180 translations of the book.

Most of the books on this list are old classics, but the ‘Harry Potter’ series is a more recent set of books that now exists in many languages. J.K. Rowling created the Harry Potter series between 1997 and 2007. According to this list, the first Harry Potter book has been translated into around 80 languages.

The “Tao Te Ching” is a Chinese text written around 400 BC and is a text for Taoism in both a philosophical and religious sense. Laozi is credited as the author of the text. The “Tao Te Ching” was written in Classical Chinese, which lacks many of the modern language components and sentence structure, making it a difficult book to translate. Despite this, The Tao Te Ching has over 250 translations.