Multilingual individuals find it pays off in the business world to speak multiple languages. Being multilingual has the possibility of making you uniquely qualified for positions or more likely to get a position when applicants have similar résumés. Speaking multiple languages may do more than land you a job as well. Salary.com suggests that multilingual people earn on average 5% to 20% more than their monolingual counterparts.

It’s estimated that somewhere in the range of 40-50% percent of the world is bilingual. In certain countries, this number is quite a bit lower. In the United States, only about 20% of people are bilingual. Speaking multiple languages helps distinguish you among a pool of candidates. Let’s check out some fields that are in need of polyglots. 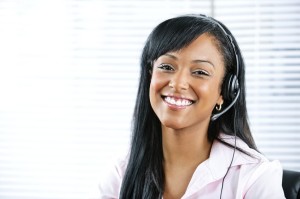 In 1980, 18-year-old Willie Ramirez became a quadriplegic due to a translation error. The medical team interpreted the Spanish world “intoxicado” as “intoxicated.” A better translation would have been “feeling ill from food or drink.” This led doctors to misdiagnose the situation. This example, while extreme, shows how important bilingual people in the medical world are. Patients are often worried and anxious, and those feelings are intensified when you feel like you cannot communicate your symptoms accurately.

It would be nearly impossible to help someone over the phone if you don’t speak the same language, but it costs companies a lot of money to train and pay employees. It’s easy to see why a company would take a person they only have to train once that can help in multiple languages. Situations like this oftentimes result in the employee receiving hire pay as well.

Teaching kids to be bilingual at an early age is becoming more popular. Immersion schools are well known for doing this. Some states are even passing policies to incentivize bilingual teachers. Being bilingual will give you a major advantage in the world of education and in professional environments.

It can be daunting to visit a country that doesn’t speak your language. Once you get there, you are tired from your flight, experiencing a new culture, and it can be overwhelming. In situations like this, it’s very nice if someone can help translate your language at places such as the hotel or the car rental service. The tourism industry is constantly working with international customers and needs multilingual employees.