Why do languages drastically change over time?

It’s easy to tell that language in documents from 400 years ago sounds completely different from what we speak today. This isn’t an uncommon phenomenon. Cultural changes, technology, and many other factors have the potential to change language slowly but surely over time.

Let’s examine some of the factors that help languages evolve. 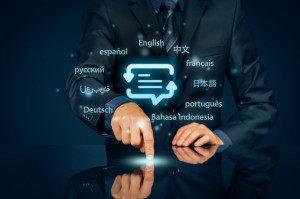 Do you ever feel like you can guess the age of a person by the phrases they use and the way they talk? Trends in language are common due to age groups, socioeconomic classes, and many other factors. While many trends die off, this constant variation in language causes permanent effects. For example, a trendy word right now is cheugy which means “trying too hard.”

New inventions are regularly produced, and sometimes, these innovations require new words to describe them. For example “GIF” is a relatively new word that is now officially in dictionaries. This article highlights some of the new words added to the Merriam-Webster dictionary. As you’ll see, many of these words relate to things happening in modern society.

When you hear of the word “clue” do you think of a ball of yarn? Probably not. Turns out, “clue” was originally an alternative spelling for the word, “clew” which referred to a “ball of thread or yarn.” Another example is the word “awful” which meant “worthy of awe.”

A modern-day, drastic example of this is the word “literally”. Most of us have heard the word “literally” used in a situation that wasn’t literal at all. Though it defies logic, many dictionaries are starting to adopt this meaning as an informal definition.

Places, where two or more different cultures meet, are where you get some of the most interesting linguistic differences. An example of this is outlined in this blog. Basically, French speakers in Canada were cut off from France for a very long time causing their language to evolve in different ways. On top of that, English words were slowly adopted by French Canadians.

Along the lines of migration is the concept of loanwords. Loanwords are words adopted from different languages with little to no change to how they are used or pronounced. For example, English speakers who use the word “kindergarten” probably don’t realize, they’re speaking German.

Due to the ever-changing nature of language, it’s crucial you use adept translators. Contact International Translating Company to learn more about our translation services in more than 230 languages. We look forward to hearing from you!